As we all know in the San Francisco Bay Area we are living in an area very highly prone to earthquakes. Besides the severe earthquakes of 1906 and 1989 we have constant small earthquakes all over the Bay Area.  With this in mind a great amount of research has been done in the Bay Area by structural engineers to determine the cause and effect of concrete foundation failure. With this concentrated study on foundation failure came the discovery of just how important it was to study the soil in which all of our foundations are being  placed. Of course in the San Francisco Bay Area we have numerous kinds of soils we build on, from the soils near the bay and ocean to the hills of San Francisco, Oakland and to the mountains of Mt. Tamalpais and Mt. Diablo. In conclusion of all this detailed studies has come great solutions to foundation repair and installing new foundations. First of all the fact that a high percentage of foundations installed before 1960 were not designed to the standard needed to withstand moderate earthquakes and most of all to survive the movement caused by building on expansive clay, compressible or improperly compacted fill soils, or improper drainage or lack of maintenance around foundations. In most cases, water is the basic culprit in the vast majority of expansive soil problems. Specific components of certain soils tend to swell or shrink with variations of moisture. So if you are experiencing a foundation problem and you feel it may be extreme at first glance. Let Mares & Dow Construction identify the damage before it becomes to advanced and determine for you if the solution is in the repair of the foundation or if the soil around the foundation needs attention or a drain system. 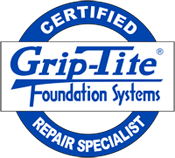